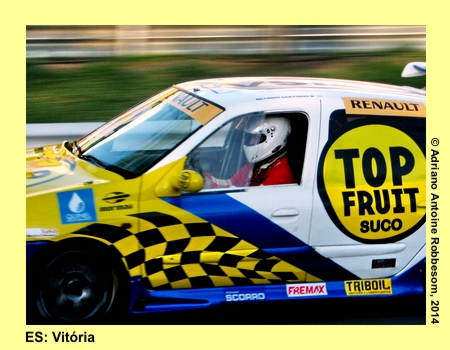 In September 2007, Vitória celebrated its 456th anniversary. A lot of festivities were organized by the city that month. It’s very likely that the city mayor tried to take advantage of the celebrations, in order to become re-elected in the following year. Four days long, many entertainment activities were held in Vitória. There were free open air concerts, including a concert by Jorge Ben Jor, a nationally known singer of Brazilian popular music. At the weekend, fans could closely watch the training sessions of their racing heroes. On Sunday, official racing events were held on a street circuit. These racing events were part of various Brazilian racing championships. For me, these racing events provided me good opportunities to practice photographing fast moving objects. Easier said than done….