327: Driving in a flooded street 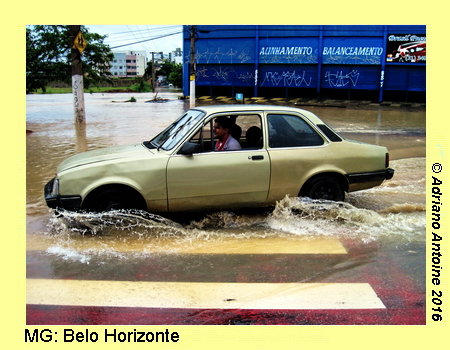 The tropical summer in Belo Horizonte is warm and very wet, while the winter is cool and very dry. The raining season begins in September, after months without rain, with abundant rainfall in the months of November, December, January and February. On some days, especially in the summer months, threatening thunder clouds dominate the sky. Cloudbursts follow, and the effects are immediate: the sewer system can not cope with the abundant rainfall, the streets become flooded. It is better to avoid these streets, but some daredevils, however, continue their ride through the water.