A selection of photographs taken in Brazil in 2008. 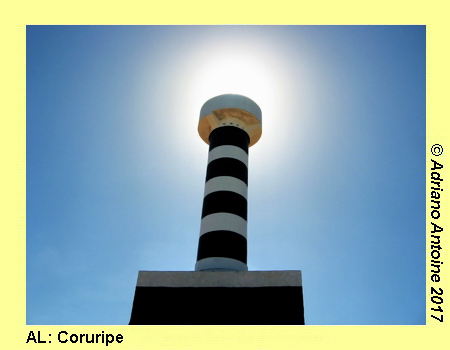 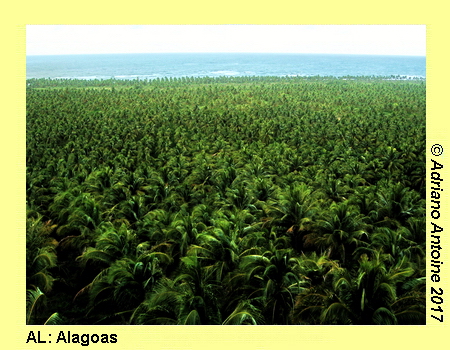 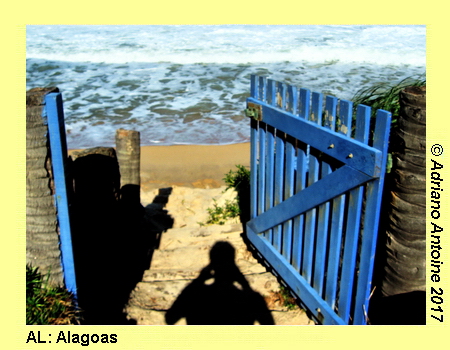 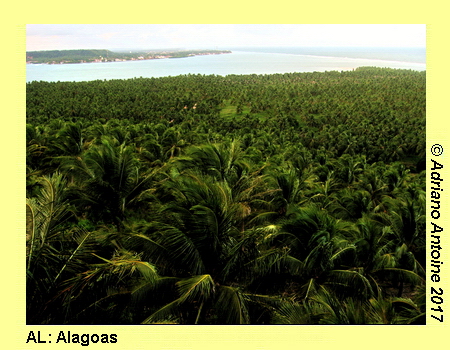 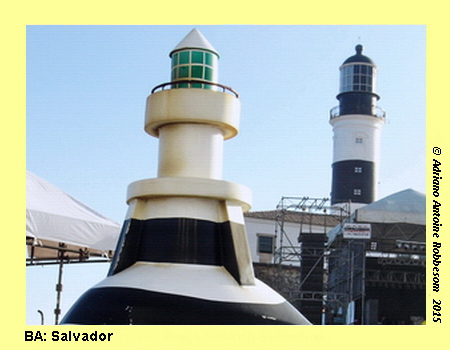 During our stay in Salvador, we stayed in a hostel – run by a Mexican – in Barra District. The hostel – pousada – was only two hundred meters away from Barra Beach. The pousada was quite simple and rather cheap. The Mexican was very hospitable; he even offered us a bottle of Mexican tequila at our final night there. He was a big fan of U2 and did not hesitate to play his favorite –pirate – DVD of the Irish rock band in Morumbi Stadium, São Paulo. Almost every morning, we could enjoy the loud rock sounds of Bono and his band. We often walked around in Barra, particularly along the beach. It was relatively safe, quiet and relaxing to walk there. Barra is known for the Farol (light tower), another landmark in Salvador. The light tower is located on a small peninsula. Unfortunately, the light tower was not open for visitors. At Pontal da Barra Beach, a telephone company had installed a telephone booth in the shape and color of the Farol. 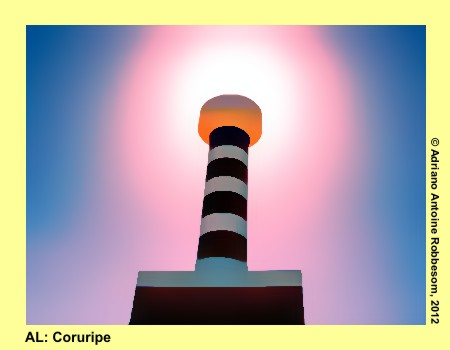 Coruripe is located at approximately 90 km south from Maceió, capital of the tiny Brazilian state of Alagoas.  Traces have been found at archeological sites that primitive men already had lived there. At the time of the arrival of the first French colonists, cannibalistic Caeté indians lived there. The French were ousted by the Portuguese; the Dutch took control of the region for almost two decades. At present, Coruripe counts little more than fifty thousand inhabitants, who deal with sugar cane production, fishery, handicraft, and tourism. At the time of my visit in July 2008, the light tower was under c0nstruction. Now this ‘farol’ is one of the landmarks of Coruripe. When I took this picture, it was already twenty past noon. With the position of the sun just behind the top of the light tower, as if there were a glow light on this tower.

The original picture was taken in July 2008. 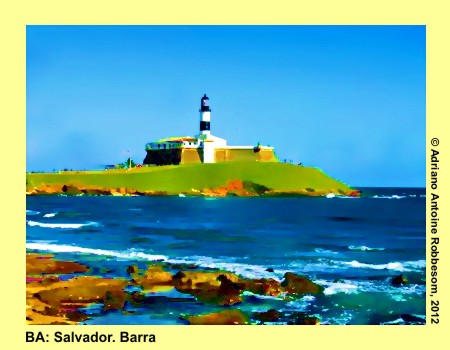 Salvador, capital of the state of Bahia, and former capital of Brazil, is very popular among (foreign) tourists. One of the landmarks of Salvador is undoubtedly the light tower in the Barra District. This light tower, which is located inside Fortress Santo Antônio da Barra, is considered to be the oldest in Brazil. The fortress was constructed around 1596. When the Dutch invaded Salvador in 1624, they encountered no resistance from the troops at the fortress, but one year later the Dutch had to leave Salvador. Following a shipwreck in 1668, the fortress was rebuilt in 1696. The first light tower of Brazil started to work in 1698, on the base of oil that was extracted from whales. The actual structure of 22 meters high was built in 1839, the light was visible that 18 nautical miles at clear weather conditions. Only recently, the tower and the museum are again accessible for visitors. From the tower, they may enjoy a 360 degrees view of the city of Salvador, the shoreline and the Atlantic Ocean.

The original picture was taken in July 2006.