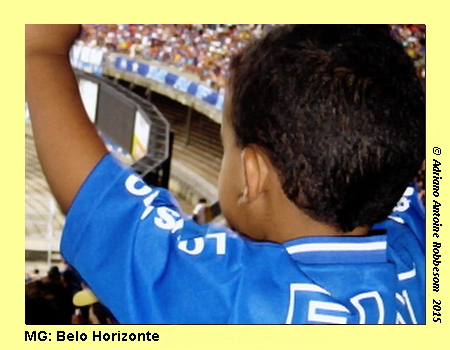 In Belo Horizonte, there are two rivaling soccer teams playing in the Série A of the Brazilian competition: Cruzeiro and Atlético Mineiro. Late January 2005, I was invited to watch a match of Cruzeiro in the huge Mineirão Stadium, which had a capacity of over seventy thousand people at that time. That day, a match was played as part of the state competition of Minas Gerais, the mineiro. A match between Cruzeiro and lower-ranked Democratas Governador Valadares. There weren’t many supporters that day. But they were very fanatic: they cheered, shouted and cursed during the match. One little boy was cheering for his favorite team: Cruzeiro.